It’s been a tale of two stories the past few weeks. On the one hand, concerning coronavirus trends across key hotspots and new localized outbreaks in some countries. On the other hand, resilient markets which appear to believe that, for now, the worst of the economic damage may be behind us, elevated infections don’t pose as severe a health care challenge as they did months ago, and that solutions in the form of vaccines may be on the horizon. This week also marked the kickoff to the second quarter earnings season. We share some of our key thoughts and takeaways.

This week, the number of new daily cases in the U.S. averaged well over 60,000. For context, this figure was below 30,000 about a month ago. Trends remain most concerning in large states such as Florida, Texas, and California. The latter moved to shut down most indoor operations of establishments such as restaurants, bars, and gyms. This adds to a growing list of states that have halted their reopening plans. Not surprisingly, some of the high frequency data in the U.S. such as mobility trends, credit card spending, and restaurant bookings suggest that activity has begun to moderate following the initial recovery seen last month. Furthermore, the strong initial rebound we saw in the U.S. labour market may be waning as the number of people filing weekly jobless claims remains stubbornly elevated.

Meanwhile, virus trends in Latin America also remain a concern, with Mexico reporting near record number of daily infections and deaths this week. India stands out as another country struggling to contain the virus, with new daily cases well north of 25,000. Just this week, it revisited the idea of lockdowns across parts of the country, merely weeks after loosening up restrictions to alleviate economic pressure. Others are grappling with outbreaks such as Japan, Hong Kong, and Australia and they are all taking renewed action to contain the spread.

There was encouraging news this week on the vaccine front. The New England Journal of Medicine published detailed results of a U.S.-based Phase I vaccine trial. To be clear, early positive results from the trial were released in May, and understandably fueled a positive market response back then. The paper this week confirmed the vaccine demonstrated the ability to safely help all 45 trial participants produce antibodies to protect against the virus. It is expected to move to a Phase 3 trial by the end of this month. There is more to come next week as a U.K.-based medical journal is expected to provide positive results of a Phase I trial of another vaccine. This serves as a reminder that we may one day be able to better protect people and potentially even eradicate the virus.

A few words on Canada

In Canada, trends remain much more comforting. Provincial and local governments have moved forward with reopening plans. One of the major dilemmas now facing government officials is on the school front. Some provinces have already committed to a full return in the fall, at least for elementary schools, while others are exploring options that include a hybrid approach of in-class, staggered, part-time, and virtual class sessions. These are difficult and complex decisions that have implications for millions of families, parents, and youth across the country. Moreover, they may have major repercussions on productivity, the labour force, and the overall trajectory of our country’s economy in the second half of this year and beyond.

In a report put out this morning, Dawn Desjardins, RBC Deputy Chief Economist, stated that as COVID-19 lockdowns reached their pinnacle in Canada, 3 million Canadians were laid off. While the layoffs were fairly equal from a gender standpoint, the re-opening of the Canadian economy from a labor perspective is leaving women behind. “Female-dominated industries like hospitality and retail saw the highest number of layoffs during the downturn. And these are the industries that are unlikely to fully recover as the year wears on. In just a matter of months, the pandemic knocked women’s participation in the labour force down from a historic high to its lowest level in more than 30 years. Of the 1.8 million Canadians who are still out of work because of the pandemic, 56% are women and the data suggest that one-third of these women are no longer in the labour market. There are several reasons why this may have happened. Many women work in industries where jobs are unlikely to return quickly, so they may have decided to ride out the crisis without a job. Uncertainty about the availability of childcare and the reopening of schools may also be keeping women from looking for work.” Moving forward, it will be critical for the Canadian Government and employers to develop policies and solutions to keep women and all parents active in our labour market.

On a separate note, the regulator for the Canadian banking industry announced that it would permit the banks to use a new and lower cost structure to raise capital relative to alternatives used in the past. This fueled a rally in preferred shares, a small but important part of the Canadian fixed income market. This decision may continue to act as a positive tailwind for this part of the market given the potential for less issuance going forward.

This week marked the start of a busy period for company earnings releases, with U.S. banks reporting their quarterly results. The second quarter period encapsulates the month of April, when lockdowns were in full force, through until the end of June, when restrictions started to ease and activity recover. Our primary takeaway is the banks continue to expect credit losses to rise in the future, particularly once some of the government aid programs expire. In response, most banks added meaningfully to the large reserves they already set aside last quarter. These reserves, or provisions as they are often called, can be thought of as a cushion of sorts. The results were relatively in-line with investor expectations and as a result, the stocks behaved reasonably well. The Canadian banks don’t report their results any time soon but we suspect they too will be conservative and increase their provisions in anticipation of future credit challenges. We look forward to hearing from more companies and management teams over the next month, though we suspect few will have the clarity investors are seeking given that the paths of the virus and economy remain uncertain. 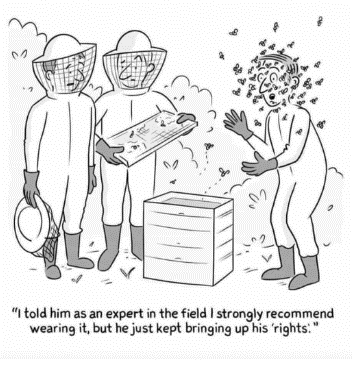 Have a great weekend and please continue to call us and let Shannon, Tom, and myself know how we can be of any assistance. Our entire team stands ready to listen and speak with you. We can also be made available to speak with any family and friends who may need reassurance during this time.

Have a great weekend,

Good morning, Overall, markets were unchanged or modestly higher over the past week. Some of the inflation-fueled concerns subsided in recent days, helping to revive the high growth parts of the market that have bared the brunt of the latest bouts of...

Good morning, Global markets experienced some modest pressure over the past week, but managed to finish the period on a stronger note. More noticeable was the move in volatility, driven by an issue that markets should have been largely prepared for: inflation...

Good morning, Markets continued to consolidate over the past week, grappling somewhat with elevated investor expectations. The first quarter earnings season, which is nearly complete, has been strong, but it has been met with a relatively muted response...