...it is starting drown everything else out for financial markets. What an unbelievable sequence of events we’ve seen over the past few weeks. Beyond the Supreme Court vacancy and hospitalization of the President for COVID, the further impact is perhaps most succinctly captured in this arresting photo where the two events may have collided: 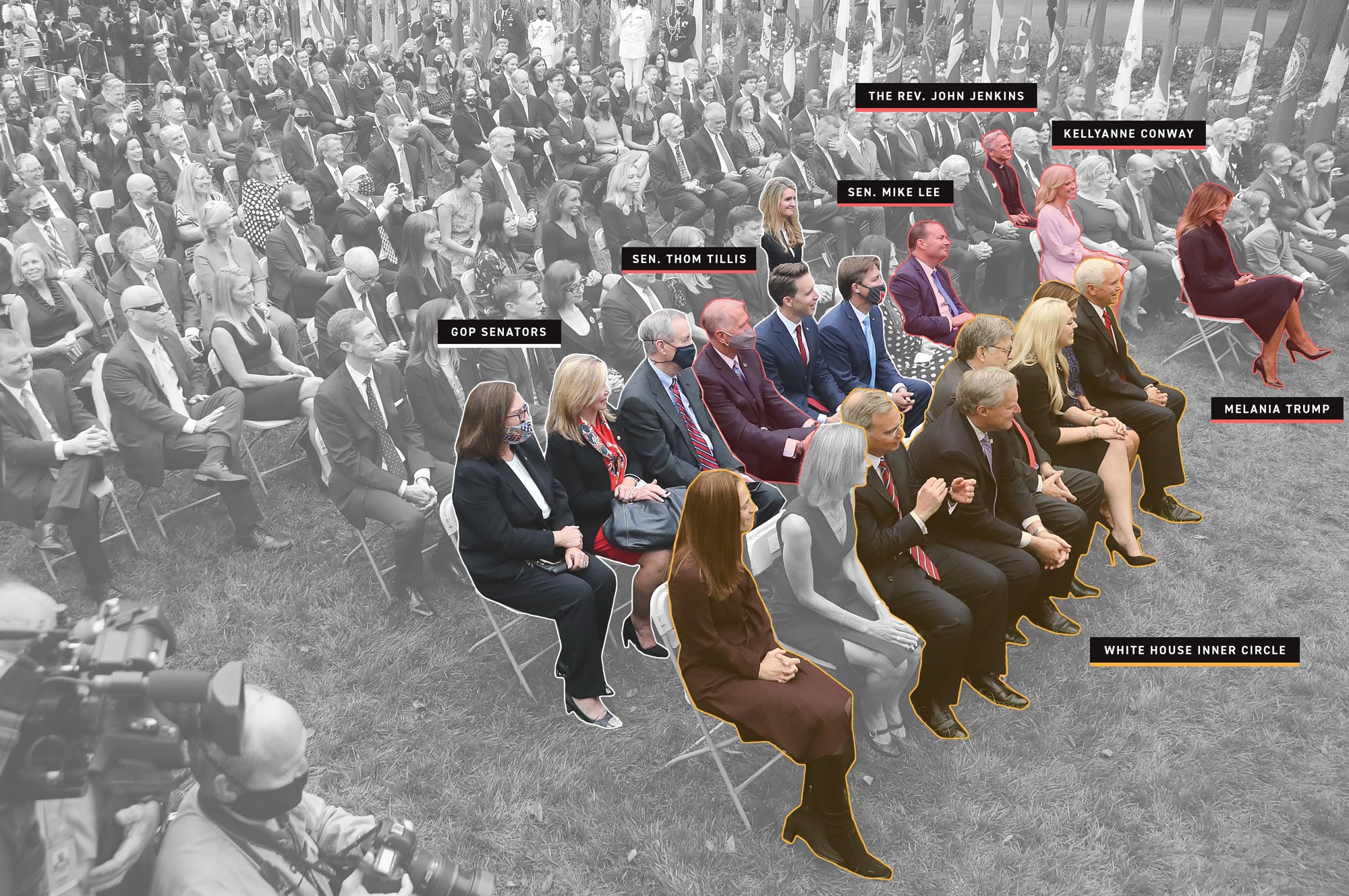 Is the White House responsible for an accidental “super-spreading” event? Will the 74-year-old President recover easily (while not expressing a political view, out of simple human compassion I certainly hope he does)? Either way, one thing seems clear: for a re-election campaign that had been trying very hard to move voters’ focus away from 2020 and instead onto the next four years, this is a negative event.

Of course, the reality is that even before news of the President contracting COVID, the odds had been consistently and meaningfully against his re-election. It is easy to discount the value of polling after the 2016 experience, but it would also be folly to ignore that the polls have been painting a much more decisive outcome this time around. Recall that Trump’s chance of winning in 2016 was an actually-not-so-bad 33%: if you had held 3 elections, he ought to have won once. This time around his chances are only 20%, falling to 10% on Election Day barring any other changes – and that was before he contracted COVID. State polls are also lining up with national polls this time, which is another important difference from 2016 (statistician extraordinaire Nate Silver wrote an excellent article this week, explaining the odds above and the dynamics of polling generally).

The point is that while the election may suck all of the mental oxygen from the room for investors in the near-term, the most likely outcome has already been incorporated into market prices. Events from the past few days are aligned with direction that the election was already headed. Except for the transfer of power wild-card, markets are reflecting the odds of a fairly clear outcome; and even that wild-card is arguably priced in: 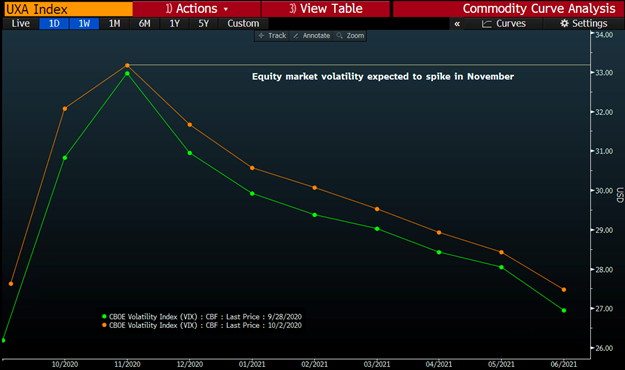 So, if the US election is counterintuitively evolving into non-event for financial markets, where should our focus be instead? I would suggest it belongs squarely on the very strong, ongoing economic recovery. As RBC’s lead US economist said this week, “Most people are stunned when we tell them that despite a more than 30% cratering in the US economy in Q2, household net worth actually ended the quarter at an all-time high of $119 trillion.” After the financial crisis, it took households 5 years to get back to their pre-recession financial position; this time it has taken only 3 months (the numbers are different in Canada, but the concept is similar). This consequence of this is reflected well in consumer spending – as the charts below show, retail sales are generally strong, and even food service spending is now tracking above pre-COVID levels:

In fact, given that many unemployment benefits already extend into next year, one could even make the argument that further government stimulus is only necessary for hard-hit businesses, not for consumers. Despite that, a $2 trillion-ish package now very looks likely to be announced as early as this weekend.

On top of all of this, of course, progress in the battle against COVID continues. New infection cases are rising to be sure, but a quick glance at the stats shows that even in places like France – where news cases have accelerating for two months to new highs – negative outcomes remain at a small fraction of the levels from this spring. Meanwhile, a full approval of Pfizer’s vaccine by the FDA at its vaccine committee meeting on October 22 is a low probability event, but it isn’t zero. Nor is the likelihood of positive progress reports from any of the major companies with a vaccine under development. For example, Canada and Europe have now started a “rolling review” for the vaccine being developed by AstraZeneca & Oxford.

Putting it all together: in just eight short weeks we’ll be in early December with the US election (likely) behind us, a major new stimulus package boosting an already robust US recovery, and a reasonable shot of vaccine progress…including the outlier case of a viable candidate being approved. After being torpedoed in March and trying to swim back up for air ever since, there is a very reasonable shot that that the economy – and perhaps also the psyche of the general population – is finally about to resurface.