It was another strong couple of weeks for equity markets characterized by momentum in the absence of any news - at least, that is, until the last couple of days.

Wednesday’s Federal Reserve guidance was a major dovish surprise: not only was their intent to keep rates flat at 2.5% for all of 2019 made official, but more importantly the "DOT Plot" survey of each Fed Governor’s future rate expectations dropped by 50 bps to 2.75%, both for the next two years and for the “Longer Term”. That is a very important signal: 2.75% is the Fed’s estimate of the neutral rate. After years of saying that their plan was to slowly raise rates into “restrictive territory”, the Fed has now fully changed course and is guiding that they will not make rates restrictive in this cycle.

The impact of portfolio repositioning from that change started to ripple through all major asset class markets on Thursday and Friday. I suspect that will continue to be the driving theme for asset prices over the next month – especially in a quant-heavy markets like equities – until an important earnings season begins in late April.

The first impact was that a portion of the US yield curve finally inverted on Thursday. 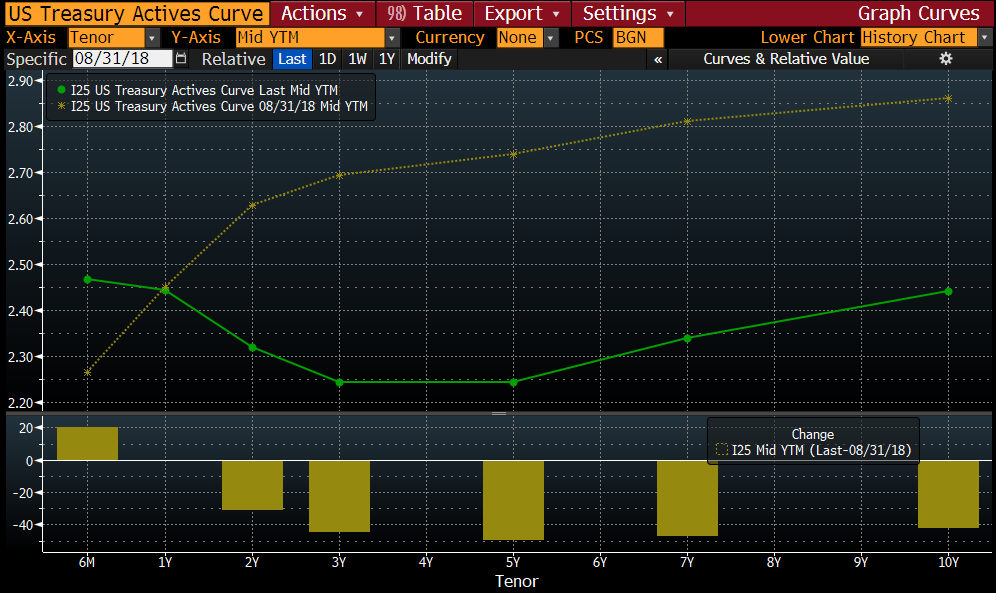 Inversion has famously preceded every US recession, so perhaps not surprisingly equity markets dropped a quick 2% on Friday. The somewhat deeper context of inversion is that: a) it actually tends to be followed by positive equity market returns unless a major asset-bubble has been burst [chart below]; and, b) inversion of almost all points on the curve is what really leads to negative outcomes, which is not the case current. That second point is another way of saying that the reason for inversion matters –the current situation where dovish central bank guidance has ironically been the trigger is rare.

The second impact of the Fed’s new guidance was clear sector rotation starting within equity markets. US banks fell a sharp 8% (lower rates = lower margins), while high dividend yielding sectors like Utilities and Telco’s were the best performers post-Fed. Again, we expect this macro-driven type of trading to dominate equity prices for the next month – perhaps creating some opportunities – until we get insight during earnings season on just how bad Q1 actually was for profits and what companies are seeing ahead in Q2. 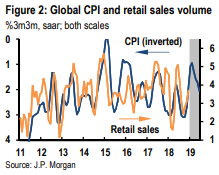