COVID-19 has changed all of our lives, this has been especially true for Olympic athletes. After the initial postponement of Tokyo 2020, athletes have had to pivot their training, competition schedules and manage quarantine and international travel restrictions among so many other uncertainties. Their resilience is truly inspiring.

With international fans unable to attend in person, messages of support from home are more important than ever.

RBC is proud to support 33 Team Canada athletes who'll be competing in Tokyo in 17 different sports—from taekwondo to swimming to beach volleyball.

For the first time ever at an Olympic Games, athletes discovered through RBC Training Ground will be competing.

After attending tryouts at a local RBC Training Ground event, young athletes were identified as having Olympic potential and received funding, coaching and mentorship to make their podium dreams come true.

In addition to financial support, the RBC Olympians program provides athletes with opportunities to gain valuable career experience alongside flexible work arrangements. RBC Olympians also act as ambassadors, spreading the Olympic messages of teamwork, excellence, commitment and leadership to communities across Canada. Since its inception in 2002, hundreds of current and newly retired Olympians and Para athletes have benefited from the program, including household names Penny Oleksiak, Mark McMorris and RJ Barrett.

Through initiatives like RBC Training Ground and the RBC Olympians Program, RBC is proud to support amateur athletes at every stage of their careers. A program built on creating opportunities for young athletes, it's a continuation of RBC's long-standing commitment to youth.

RBC and the Olympic Games share values of excellence, teamwork, diversity and commitment–a connection that's behind the longest-standing corporate sponsorship of the Canadian Olympic Team.

Since that call in 1947, RBC has supported a wide range of programs with the goal of helping amateur athletes achieve their potential–whether that's on the Olympic stage or at the grassroots level through initiatives that allow kids to access sport. 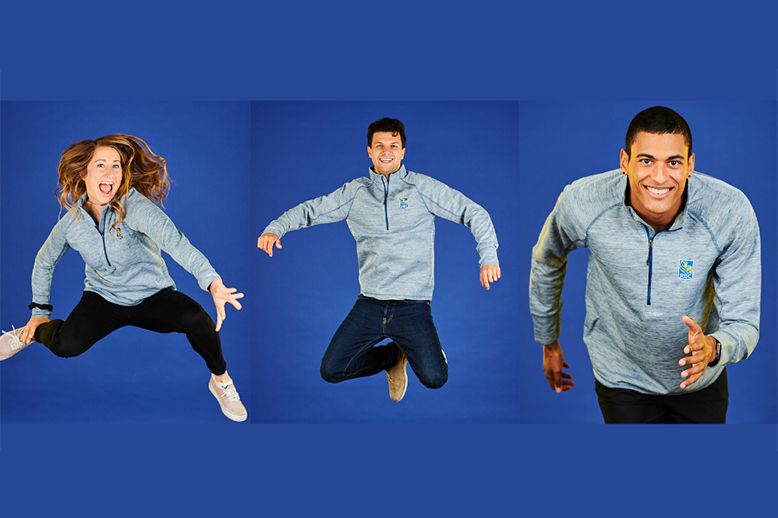 Fun fact: If Daniels wasn't a kayaker, she'd want to compete in mountain biking so she could spend more time in the mountains.

Daniels began competing competitively at the age of 14. She's a multi-time Canadian Champion for whitewater slalom canoeing and won a bronze medal at the Toronto 2015 Pan American Games. An ambassador for WaterAid Canada, she also travelled to Ghana to launch the WASH 4 Public health program in partnership with 'Right To Play'. Her sport has gone through a gender equity battle where historically men have represented at the Olympic Games, and women have not. A pioneer for gender equality in her sport, she led the charge to push for the inclusion of women's canoeing at the Olympics. As a result of her tremendous determination, the women were successful and women's canoe has been added to the Tokyo 2020 Olympic Games. With this major barrier aside, Daniels is determined to leave a legacy in Tokyo and beyond. She's also a passionate spokesperson for the LGBT+ community. Her father, Kimberly, will be the first transgender judge in Olympic history this summer.

Fun fact: Bishop-Nriagu was recently quizzed by Buzzfeed on her knowledge of Olympic trivia.

After winning 800m gold at the 2015 Pan American Games in Toronto, Bishop-Nriagu competed at the IAAF World Championships and broke the 14-year-old national record in the distance. She was the first Canadian to go below 1:58. After that spectacular semifinal, she went on to win the silver medal in the final.

At her second Olympic Games at Rio 2016, Bishop-Nriagu finished fourth in the 800m, matching Canada's best-ever Olympic result in the event. Melissa made her Olympic debut in London 2012 Games, the same year she first broke the two-minute mark in the 800m at the Prefontaine Classic. She won back-to-back national titles in 2013 and 2014 after finishing second at the 2012 Canadian Championships. She made her IAAF World Championship debut in 2013 before gaining more multi-sport competition experience at the 2014 Commonwealth Games in Glasgow. Bishop-Nriagu is also a mom to her three-year-old daughter, Corrine.

Fun fact: Abel was the first diver to execute a double and a half front flip with two twists.

An eight-time medalist at the FINA World Championships, Abel defended her world title for the fourth time at the 2018 Commonwealth Games by winning a gold medal in the 3m springboard final in Gold Coast, Australia. She also earned the title in the 3m individual event at the 2015 Pan American Games in Toronto, posting her all-time best score. Abel has competed in three Olympic Games: in Beijing 2008 at age 16, she was the youngest diver ever to represent Canada at the Olympic Games; she won a bronze medal in the 3m synchro with Emilie Heymans at the 2012 Games in London; and she finished fourth in the 3m individual event, and in the 3m synchro with Pamela Ware, at the Rio de Janeiro 2016 Olympics Games.

Tayler competes in canoe-kayak slalom, where athletes race down a section of whitewater rapids through a series of gates. He qualified for the London 2012 Olympic Games as a 20-year-old and was the youngest competitor in the field. Tayler secured his second Olympic team nomination for Rio 2016 in large part thanks to his victories in all four runs at the 2016 National trials. At Rio 2016, he missed advancing to the semifinal by one spot and just eighteen-hundredths of a second, placing 16th.

Harvey is a foil fencer and has been representing Canada internationally since 2010. She competed at the Rio 2016 Olympic Games and competed on the NCAA circuit for four years, representing Ohio State University, where she studied psychology and women's, gender and sexuality studies. After graduating in 2018, Harvey moved back to Canada to train full-time for the Tokyo 2020 Olympic Games. When she isn't training or coaching fencing, she loves drawing, practicing yoga, running and spending time with friends. 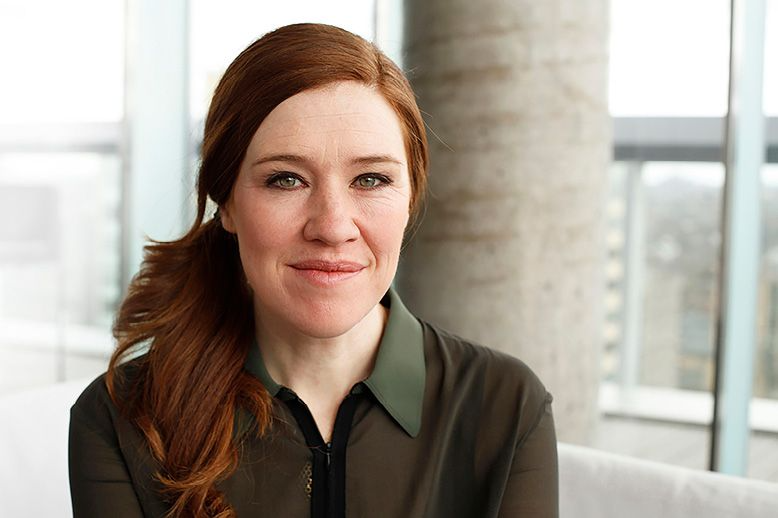 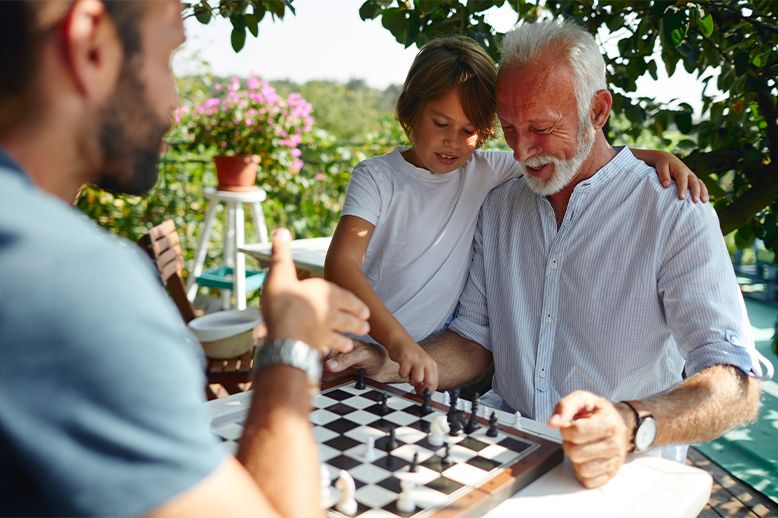 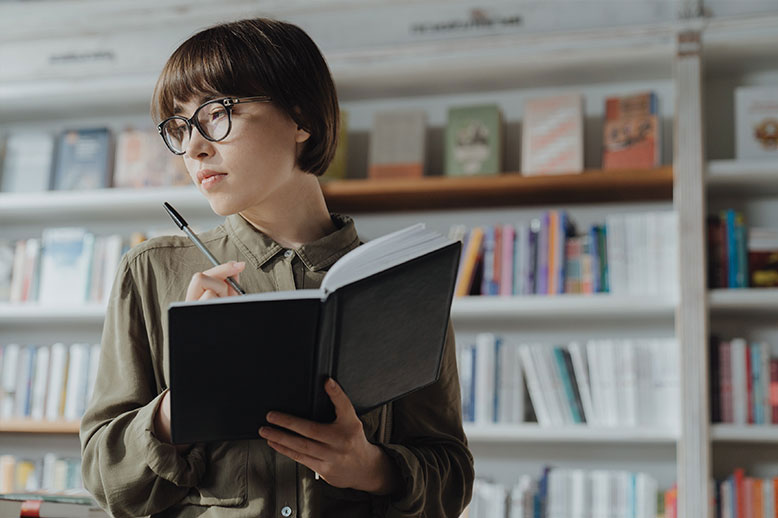