The same issues that have dogged equity markets all year have pressured stocks further lately—inflation, interest rate hikes, and concerns about economic growth. But some notable developments on these fronts signal to us that this challenging, volatile period could persist.

In a little over two weeks, the S&P 500 has retreated another 9.6 percent on top of prior accumulated losses, pushing the index down a total of 21.6 percent from its all-time high in early January.

(1) Higher, stickier inflation: The May U.S. inflation report put an exclamation point on the likelihood that inflation isn’t set to move back to normal anytime soon.

In fact, given that gasoline prices have pushed up again, RBC Capital Markets, LLC’s Chief U.S. Economist Tom Porcelli estimates the headline Consumer Price Index (CPI) could drift up to nine percent in the upcoming June report, exceeding the 8.6 percent level in May which broke another 40-year high.

He and other RBC economists still cite circumstances that could reduce headline inflation somewhat later this year. The core CPI rate (excludes food and energy) could pull back notably by then, especially if demand for both goods and services declines amid an economic slowdown.

Even if this plays out, headline inflation—which impacts households the most—will probably be uncomfortably high for the remainder of 2022 and could also sit well above the Fed’s two percent target next year. The stock market has been adjusting to this “sticky” inflation scenario.

The root causes of inflation are being hotly debated. Some economists mostly blame the COVID-19 supply chain breakdowns. Others acknowledge the key role of these logistics disruptions, but mainly point to the excessive and unprecedented monetary and fiscal stimulus during the pandemic period, arguing that the Fed and federal government ignited the inflation fire themselves. Also, some cite government disincentives and restrictions on producing and processing fossil fuels.

Additional COVID-19 restrictions/shutdowns in China and sanctions on Russia are two developments exacerbating and prolonging the already difficult global inflation and supply chain environments. There isn’t much central bankers can do about these impulses. The sweeping Western sanctions on Russia, the world’s largest commodity producer, are having a negative “boomerang effect” on Western economies, especially European countries. Officials who enthusiastically put the sanctions in place—perhaps without fully gauging the consequences for households and businesses—seem loathe to reverse course.

(2) More aggressive, front-end loaded rate hikes: It should be no surprise the Fed has signaled it plans to hike rates aggressively again at its July meeting largely due to persistently high inflation and the upward drift in consumers’ medium-term inflation expectations. Following 150 basis points (bps) of rate hikes so far this year, the bond market is currently pricing in roughly another 175 bps of tightening through year-end, which would take the fed funds rate up to 3.5 percent. And it’s not just the Fed that is slamming on the brakes—central banks in most developed countries are hiking rates aggressively too. The pace is at roughly four times the typical speed. All of this raises another concern …

(3) Greater risk of recession: While a U.S. recession looked like a relatively moderate risk in the eyes of RBC’s economists just a few weeks ago, this is no longer the case. RBC Global Asset Management Inc. Chief Economist Eric Lascelles recently wrote, “There are a significant number of rules of thumb that suggest a recession is more likely than not over the coming two years. Rate hiking cycles have a strong association with subsequent recessions. A spike in oil prices, as recently occurred, is also associated with subsequent recessions. Lastly, past bouts of inflation this high have all resolved via recession … Historically, when central banks around the world are hiking rates in synchronized fashion, economic activity has weakened significantly with a lag of 10 months. The intensity of the tightening is now consistent with recession.”

(4) A potential hit to earnings growth: If the U.S. economy stumbles or contracts, we would expect corporate earnings to take a hit. In previous recessions, the median S&P 500 earnings decline was 13 percent, although it varied widely and the earnings declines surrounding the three recessions since 2001 were greater.

S&P 500 consensus earnings estimates of Wall Street industry analysts are currently not factoring this in. The consensus forecast is for $230 per share in 2022 (10 percent growth compared to 2021), and $252 per share in 2023, according to Refinitiv I/B/E/S. Earnings estimates have drifted higher since January, and growth this year is forecast to be back-end loaded. If a broad slowdown or a recession unfolds later this year or next, we think these estimates would get a haircut. The process could start soon, during the Q2 earnings season which begins in mid-July. The market may have already begun preparing for downward earnings revisions—as evidenced by the swift selloff in the past couple weeks.

Even though profit estimates are vulnerable to retreating, it’s important to consider the impact of inflation on revenues. When the economy slows, sales naturally slow too. But in an inflationary environment, selling prices are usually elevated for many products and services. So if inflation stays sticky, and a number of large companies continue to benefit from pricing power, aggregate S&P 500 earnings may not retreat as much this cycle as they would during a non-inflationary slowdown or recession.

Take the long view on volatility

Regardless of whether a recession occurs, we think the U.S. equity market is in the process of factoring one in, rather than just pricing in a mere “growth scare.” Whereas the previous four growth scares resulted in S&P 500 declines that averaged 17.4 percent, recessions typically produced deeper and longer-lasting downturns. Surrounding 13 U.S. recessions since 1937, the S&P 500 fell 32 percent and the market took a little over a year to bottom, on average. There was a lot of variation in terms of performance and duration, and a number of the recession periods included unique drivers that shaped the market’s path.

We think it’s a fruitless exercise for long-term investors to try to time the market and pick the bottom. During all except one of the aforementioned recessions, the S&P 500 bottomed before the recession officially ended, and often when the economic headlines were the scariest. Furthermore, being out of the market on big rally days—which can occur just as abruptly and unexpectedly as big selloffs—can negatively impact long-term returns, as the chart illustrates. 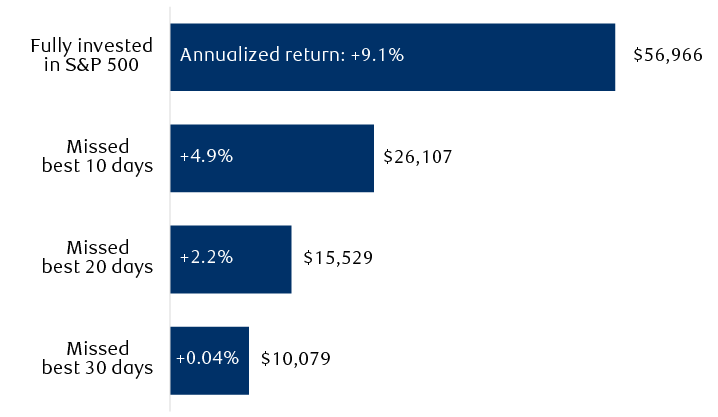 If recession probabilities continue to rise, we think there could be a longer bout of market volatility and more downside before this episode ends. But with the S&P 500 already down more than 20 percent from its peak, it seems much of the weakness has been priced in. 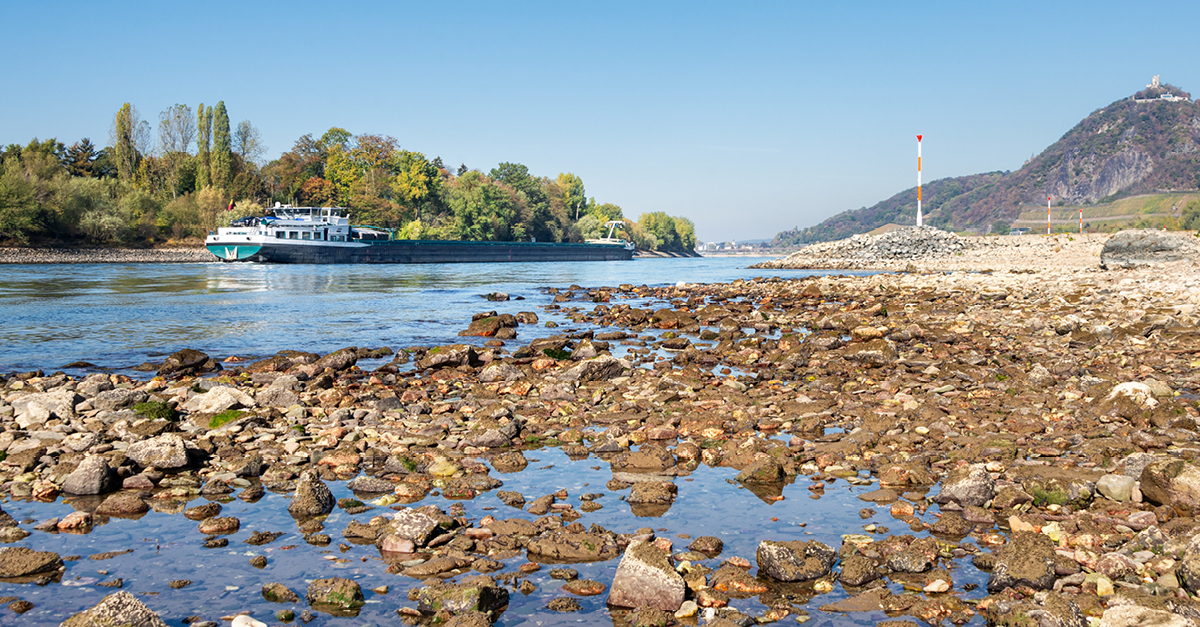 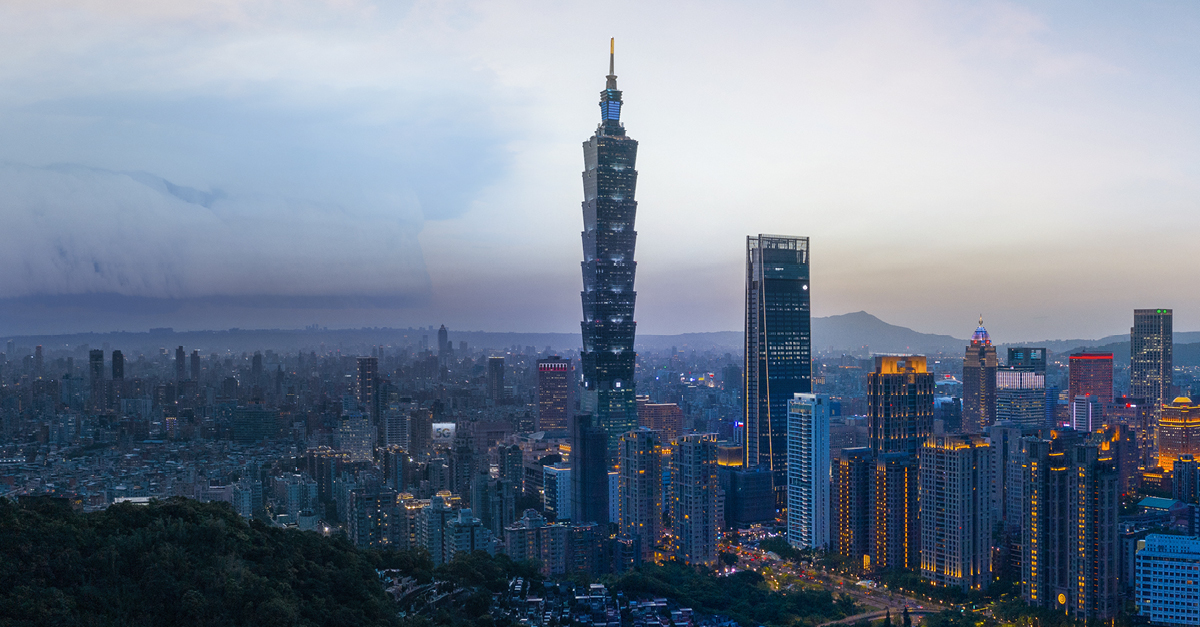 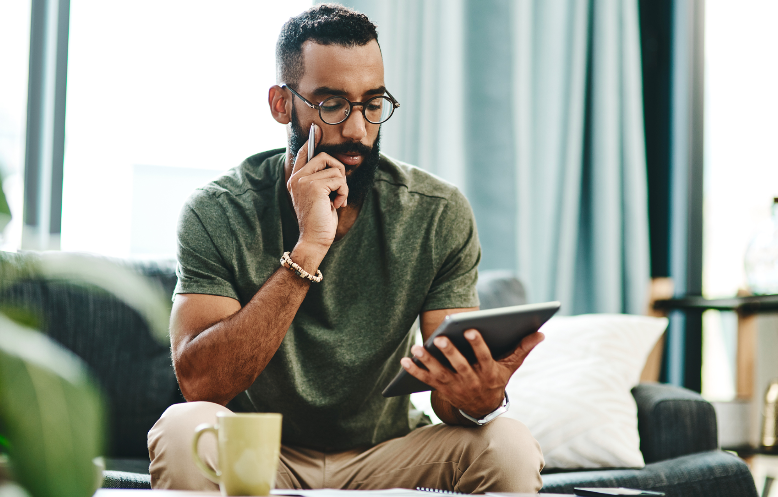