Will the Fed’s inflation fight go too far?

As the Fed remains hawkish in the face of recessionary warning signs from markets, we look for possible turning points in the year ahead.

By nearly any metric, the Fed’s latest committee meeting was more hawkish than most had expected, certainly with respect to an upgraded rate outlook that now has rates peaking at 5.25 percent in 2023 before starting to fade gradually through 2025. But as the first chart shows, the market still isn’t buying it. Not only does current market pricing have the Fed struggling to achieve a policy rate of even 5.25 percent in 2023, pricing suggests the potential for roughly 50 basis points (bps) of rate cuts by the end of the year. 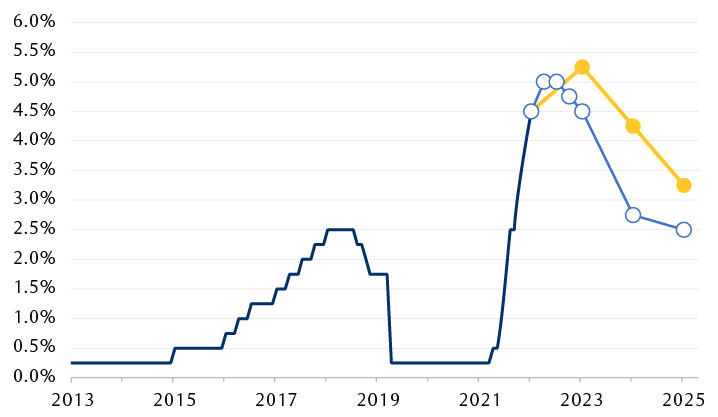 Line chart showing the evolution of the Fed's policy rate over the past decade. The Fed's updated projections at the December meeting show rate hikes continuing into 2023 to a peak rate of 5.25% with 1% of rate cuts in both 2024 and 2025. But markets expect rates to reach just 5.00% early in 2023 before the Fed starts cutting rates aggressively.

On the economic front, there was some anticipation that recent positive developments on inflation would be reflected in the outlook. But still no, and this despite the 425 basis points of policy tightening already delivered this year. The Fed’s projections now have year-over-year core PCE inflation in Q4 2023 at +3.5 percent, up notably from +3.1 percent when policymakers last met in September and a far cry from their two percent goal. And that projection assumes not only economic growth of just +0.5 percent next year in real (inflation-adjusted) terms, but the unemployment rate rising to 4.7 percent, from 3.7 percent currently; historically, increases of that magnitude have almost always coincided with negative economic growth and officially recognized recessions.

Put simply, the Fed’s own projections just don’t make a lot of sense to us at this stage, so we won’t spend any more time digging through the numbers. The early market reaction, with the S&P 500 down more than four percent since the meeting and Treasury yield curves moving even deeper into inversion, is a clear sign that the Fed increasingly risks doing more than is necessary, in our view.

Looking in the rearview mirror

And therein lies the disconnect—it appears as though the Fed has abandoned much of the forward-looking guidance that markets can often provide, while hanging onto the “still more to do” messaging it has employed in recent months.

If there was one thing that stood out to us in particular, it was the backward-looking nature of not just the Fed’s economic and rate projections, but also Fed Chair Jerome Powell’s press conference. Perhaps it was a function of just how confounding the Fed’s own economic and rate projections were at this meeting that most of the questions centered on how the Fed even came up with its forecasts, which appeared to reflect a lack of awareness of, or an unwillingness to make concessions to, market developments and recent data—even if it’s admittedly still too early to provide a concrete “all clear” signal.

While inflation certainly remains high, there is a wide swath of economic and market data that strongly suggests pressures are easing, and markedly so. As the second chart shows, while headline CPI inflation is still running at an elevated 7.1 percent year-over-year pace, the six-month annualized rate—which captures more of the recent inflation dynamics—has dropped to just 4.8 percent. At the same time, inflation swaps (which are benchmarked to expected headline consumer price inflation over the next year) are trading to just 2.5 percent, having almost completely returned to pre-pandemic levels. 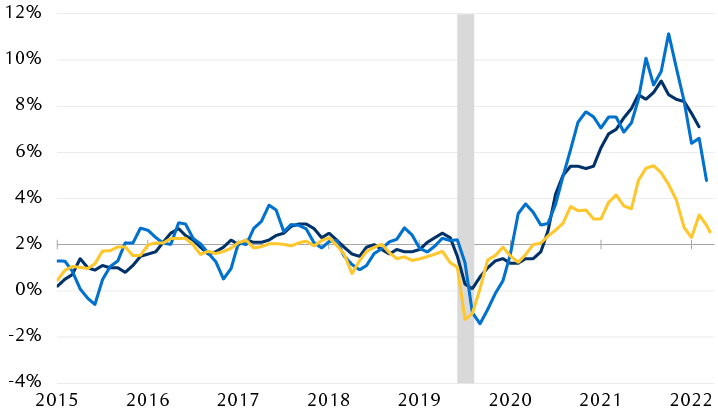 Line chart showing various metrics of inflation including headline CPI which is running at 7.1% year-over-year, but on a six-month annualized basis which captures more recent inflation dynamics, it's running at just 4.8%. Market-based measures of inflation expectations from the swaps market shows inflation over the next year at just 2.5%, having almost returned to pre-pandemic levels.

Among the other things we are watching is the NFIB Small Business Survey. The index on employee compensation, which tends to lead actual year-over-year wage growth, has posted one of its largest declines on record since the summer to reach its lowest level since August 2021, reducing the risk of wage pressures in the pipeline. And the index on hiring plans from the same survey, which should be of particular interest for a Fed that still fears too many job openings relative to the supply of labor, is nearing a two-year low, suggesting that labor demand is already fading. Rents, another concern for the Fed, have seen monthly gains slow sharply to near zero and on the cusp of turning negative, according to data from Zillow.

So as 2022 comes to a close, there remains a wide gap between what we think Fed policymakers should do and what they are likely to do. How that gap closes should be clear by the Fed’s March 22 meeting next year, but we continue to think the central bank will move back toward market and consensus expectations.

We look for the Fed to further slow the pace of rate hikes to the traditional 25 bps increments at its Feb. 1 meeting, while signaling a forthcoming pause, which would then be confirmed at the March meeting when it next updates its economic and rate projections, in conjunction with one final 25 bps rate hike to bring things to an end with the policy rate in a range of 4.75 percent to 5.00 percent.

But we think that will only set the stage for a quick pivot to rate cuts later in the year, which we see reflected in a benchmark 10-year Treasury yield that has collapsed from a high of 4.24 percent in October to just 3.34 percent in the aftermath of the Fed meeting. And the yield gap between the 10-year Treasury and the 1-year Treasury at 4.40 percent is now at -121 bps, easily the deepest yield curve inversion since the early 1980s.

We had thought this meeting would show the Fed had gotten the memo, but the market’s message remains clear: further rate hikes risk more economic damage than is necessary. 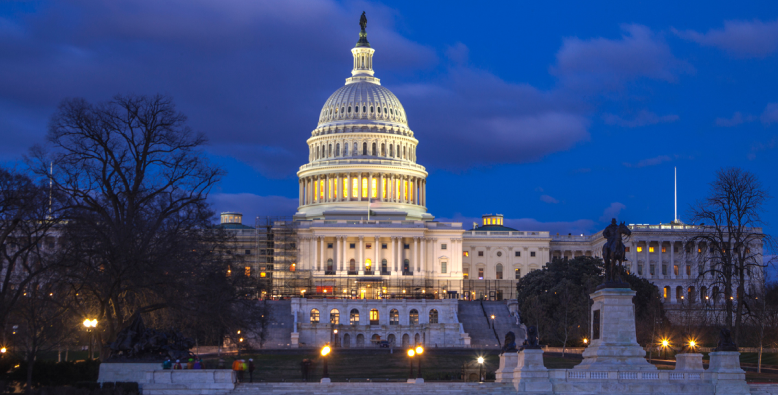 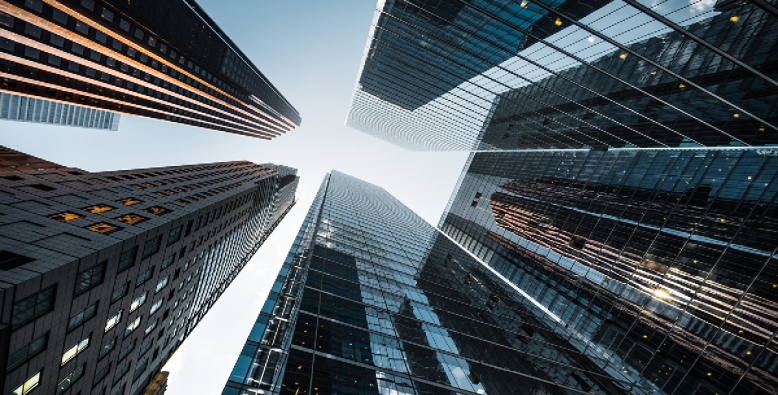 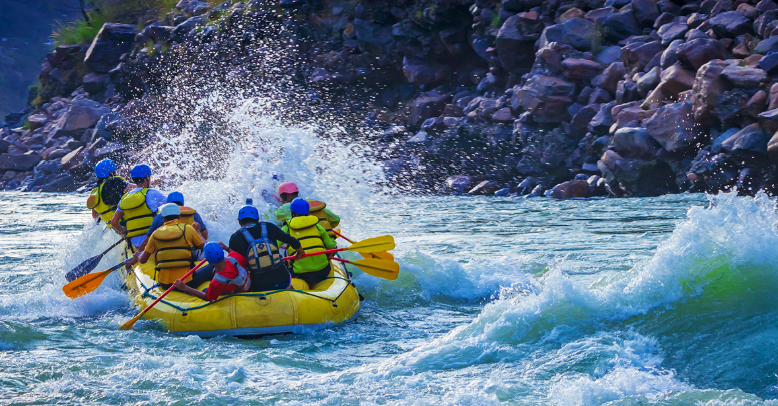